Well, if you're reading this I guess you've already practiced the hardware guide for beginners. In this second part what we are going to carry out step by step is the basic program to connect and disconnect the LED STATUS of the MIOIO card.

The first thing that we will need is a computer with an internet connection and a Google email account, those that end at @ gmail.com. If you do not have it, and you do not know how to get it you can ask someone to help you create a new one for you, or to lend yours.

The second thing we need to do is check that our Android device has an App to read bar codes, if you can not find it in GOOGLE PLAY STORE by putting "QR Code Reader”.

And third, and not least, is to prepare our device to accept applications that are not in the Play Store, as is the case that we are going to create.
To do this, in the Android device, we go into Settings-> Security and activate the box where you put Unknown Origins.

Great, if you already have the email account and the code reader, we can start. 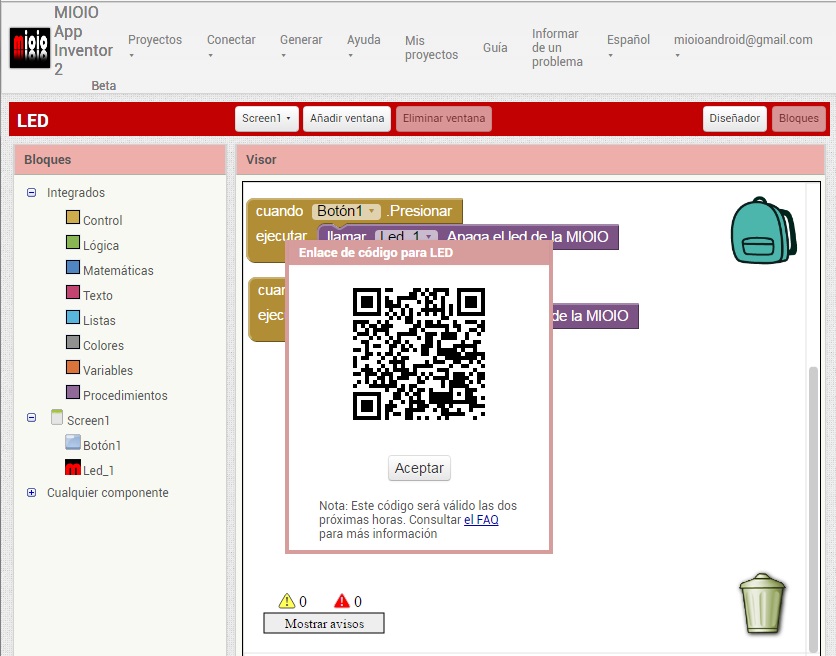 You can rip the example compiled from here: LED.apk